The 2020/21 Saxo Capital Markets Premiership kicks off in earnest on the seventh day of November with a Super Saturday at King's Park.

New look Societe Generale Valley will face Kowloon at 4.30pm in what promises to be a highly-charged return to rugby for Hong Kong's six premiership clubs.

The honours were shared in the previous season with Valley dismissing 'Loon 36-14 on their home track before being ambushed in the return match 17-20 by a fired up Men in Maroon side.

New Head Coach, Mark "Fatz" Fatialofa, and his coaching staff will be keen to get off on the right foot against the nuggety Kowloon outfit who may have finished the 2019/20 season in fifth spot on the ladder but who have never lacked spirit or self-belief. 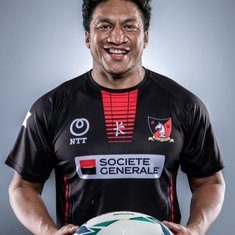 The season build-up for all clubs has been a protracted affair with the season kicking off after a two month delay due to covid inspired restrictions. Strength and Conditioning coaches and physio staff will be taking a deep breath before kick-off as their handy work comes under scrutiny during the opening exchanges of brutality and the assault on soft tissue of the players. The unbridled eagerness of the players combined with the extreme physicality of Premiership collisions would have Chuck Norris running for his foam roller.

Fatz steps forward and upward in replacing Andrew "Ned" Kelly who returned home to Scotland at the end of last season, to head up Heriots in the Super6 comp. A former Samoan International and professional player at the Exeter Chiefs, Fatz is no stranger high-end pressure and expectation. As a coach he how gets his chance to stamp his mark on the Hong Kong rugby scene and Valley, who have enjoyed unparalleled success over the past 30 years (with 16 league wins and 16 grand championship titles). The task, though, is stern. Valley have gone trophy-less over the past two seasons and have seen their nemesis, neighbours HKFC, rise under coach Jack Wiggins at Sports Road. Fatialofa has been around long enough to know that he cannot control his opponents - he can only influence his squad by focussing on process and letting the outcome arrange itself.

The long road of preparation and planning is nearing an end and the business is about to commence with a short ten-match Premiership, with a serious lack of runway to build up the speed and momentum required to tackle HKFC and the trailing pack.

Let's get ready to rumble.

Robert Lennox, the second row/back row and co-captain, said that it’s been a long break and that the players hadn’t played for quite a long time. “It’s good to get back into it, a lot of new faces, new systems, new head coach—lots to adapt to.” He also noted that he wasn’t too worried about HKFC and that the game was a proof of concept in a new system which they are trying to play this year. “It was good to see that working, the boys have worked hard to learn their roles, learn their jobs, and it was good to see that put into practise.”

Paul, the full back, also said that he was satisfied with the team’s performance. It was his first game in a long time, and first game with valley since 2016. “I know a few from before, and we played quite well considering that we haven't played matches together since the start of this year.”

There were no injuries suffered from the game. “Everyone has come through pretty well, that’s lucky and a good thing. Some of the other clubs have had a few after the long break. A couple of guys will still be out this weekend, but it wasn’t from last weekend.” said Robert.

When asked about further improvements that the team could work on, he said “we weren’t too hot on the ground, we got turned over a couple of times, a little bit of work on our ball presentation. A bit more work on our attacking from set play, particularly in our forwards, our attacking from mauls, and our defensive mauls.” Pete, who plays centre also added, “one thing was probably continuity, that’s what rugby is about. Obviously everyones really scrappy, it's been our first game in a while, so there was a few dropped balls, a few mistakes in there, so keeping hold of the ball is something we should definitely work on”

This saturday, the team will play their first match of the season against Kowloon at King’s Park.

Robert said, “I think we’re as ready as we can ever be, it’s always tough at the start of a season. There’s no substitute for getting out there and playing a game. I’m just excited really, good to take the field with some new boys, good to get back onto the field with some old friends.”

Paul was also confident in his team and their game plan against Kowloon. “I’m not stressed at all personally. I’ve got all the resources to deal with whatever comes my way from any team, so I’m pretty confident with my personal performance in any game.” His personal goal for the upcoming match is to do his job for the team and play his part.

It seems that the team is both physically and mentally prepared for the match, and that everyone’s excited at least.

**The Valley CAS Team is a group of four year-12 ESF students embedded with Valley RFC for the 2020/21 season. Creativity, Activity and Service (CAS) provides a framework for experiential learning and is intended to provide experiences for students to develop self-confidence and empathy, a willingness to help others and build on student's experiences that complement, in some way, what students are learning in school. 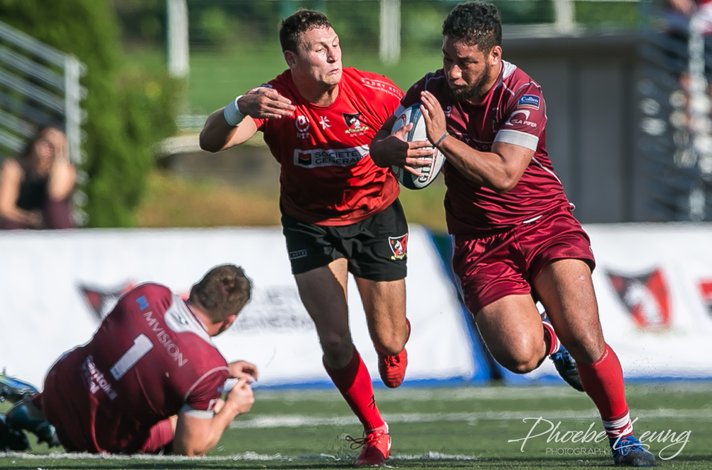