Valley & Co Smash 9 Everests, 22 Marathons and Themselves for a Good Cause

12 gruelling hours in punishing heat, rewarded with $230,000 in charity donations and, hopefully, some incremental fitness gains.

How the hell can one piece of Lego slow me down so much?

Sir Edmund Hillary and Sherpa Tenzing Norgay may well have preferred the sub-zero temperatures, high winds, lack of oxygen and under-nourishment on their final push to conquer Mount Everest in 1953 to the 33 degrees air temperature, 90% humidity and rabid lack of conditioning that the Société Générale Valley RFC family faced on their epic 12-hour, fund-raising, pre-season training assault of the 150 steps of Shing Wong Street in Central Hong Kong on Saturday 27th June. 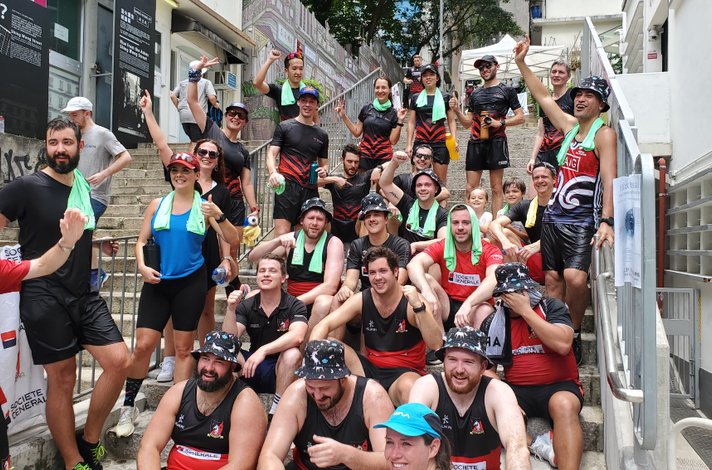 The objectives were (fairly) simple –

Looking up the 120 metres of Shing Wong steps from Bridges Street to Caine Road, it seemed impossible that the total elevation gain was a mere 20 metres - demoralising almost. The final three banks of steps were dubbed the Hillary Step, as they seemed almost vertical. 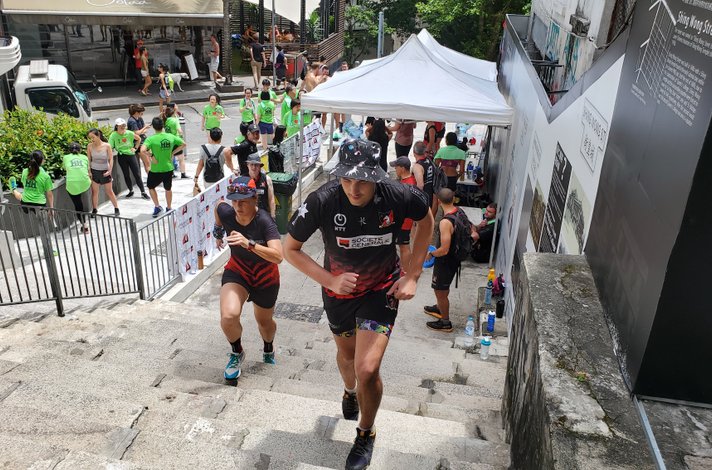 At 6am the first two teams set off on what was to be a linear relay, with one runner from each team in motion at a time but soon it was felt “why should we be standing around when we can all attack the steps in a free-for-all”. This blinding piece of lateral thinking set the tone for the following 12 hours and 200 runners as they threw themselves at the steps in the blistering heat. 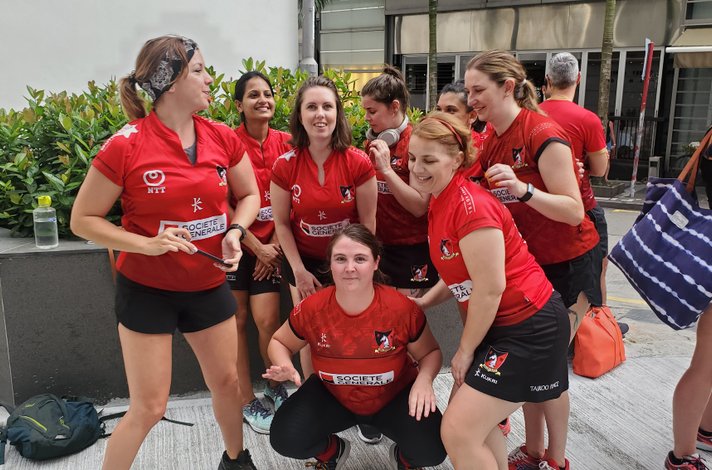 As the leaderboard was populated, hour by hour, the inherent competitiveness of this sporting crowd rose with the air temperature. Each team wanted to outdo the last and set new records within their 60 minute slot. Individuals were breaking themselves on the hill. 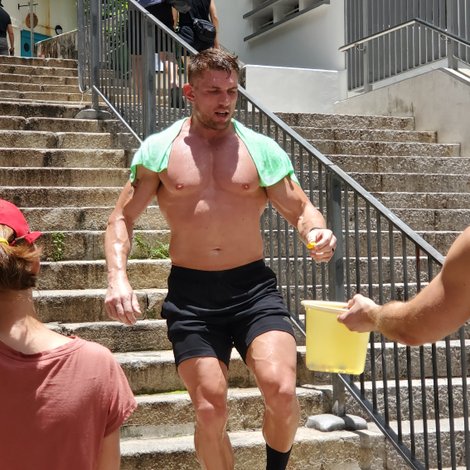 Skipper of the women’s hockey B’s (the Babes), Rosie belted 20 ascents in the opening hour and set the bar high. Soon after, young Sophie – a 15 year old netballer – nailed 24 climbs before a determined group of the rugby women’s premiership team crushed 25 each in the penultimate hour. However, in the final hour, all eyes were on Agui, our energetic Argentinian hockey dynamo, and she did not disappoint. Egged on by the vociferous crowd, urging her with chants of “one more, one more”, she dug deep and came up with 28 total ascents. 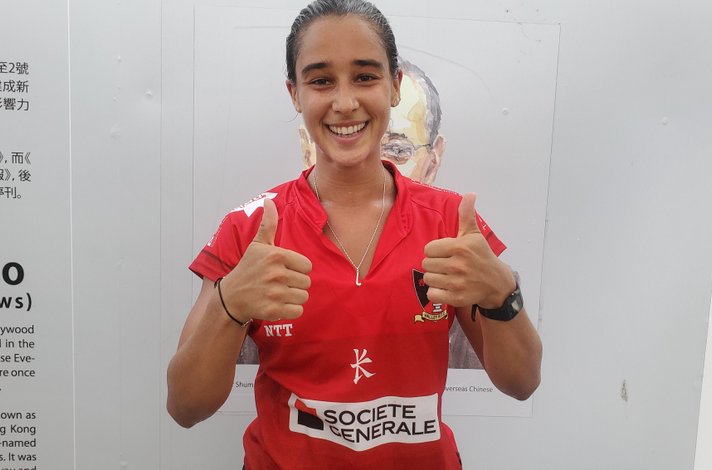 Amongst the men, hockey Robbie heaped the pressure on early with 28 climbs before that was slammed by an unbelievable effort of 31 by Ferdinand, captain of sponsor Société Générale’s team. This seemed unbeatable but was equalled in the next hour by Adam, of the men’s rugby premiership squad, who claimed victory having completed his mammoth effort in a pair of Vans casual skate shoes. The record remained for 2 hours until Kevin, also of men’s rugby prems squad, somehow punched out 34 while working hard in a team of only 3, with Andrew (32) and Scotty (31). 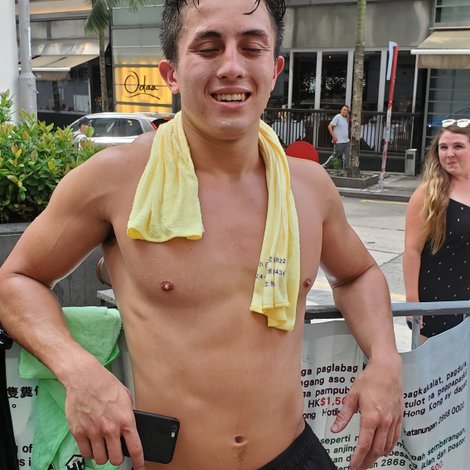 In total, 21 teams from rugby, hockey, netball and Fort tackled the summit in a collective effort from 6am to 6pm that resulted in; 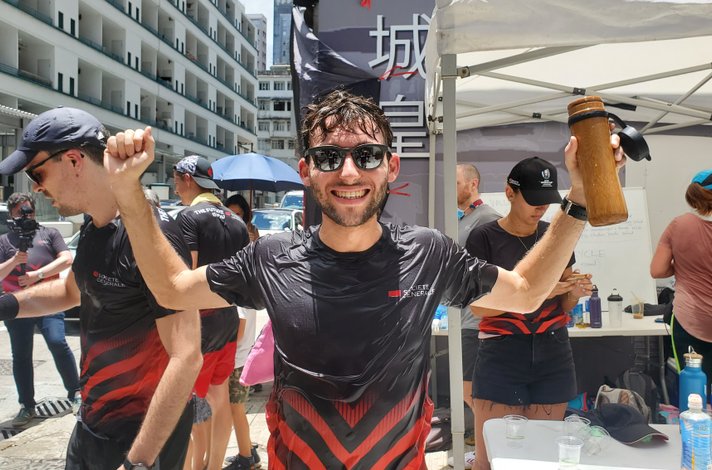 The team and individuals spirit to keep out doing each other was inspirational over the 12 hours and the support and enthusiasm directed to all runners helped motivate and even higher output. The Valley Family spirit was in overdrive as the records kept tumbling and as the records tumbled, the fund-raising escalated throughout the day. 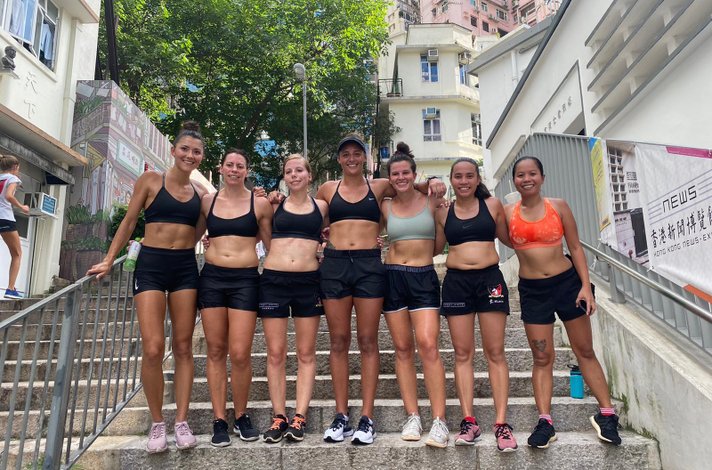 Generous supporters and participants dug into their pockets to help the club support two amazing local charities, Feeding Hong Kong and Harmony House, that have been stressed during recent times. Both charities entered teams into the Everest Challenge and brought huge spirit and gratitude for this Valley initiative and gave their all on the steps. 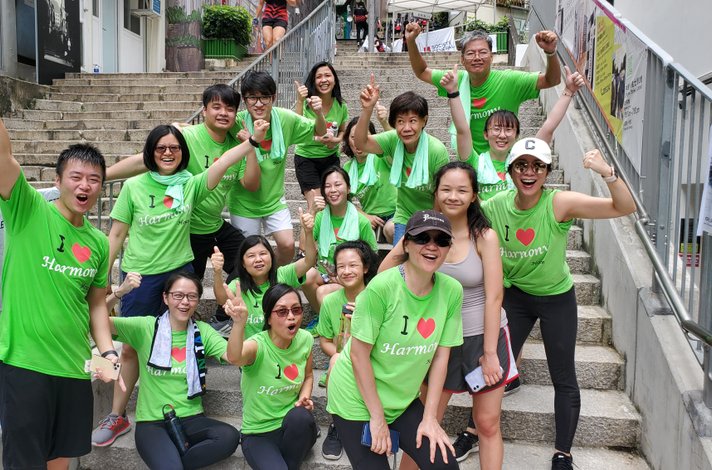 The event was further bolstered by the entry of highly-spirited teams from two valued club sponsors in the shape of Société Générale and Mayer Brown who smashed the hill, side by side with Valley teams. 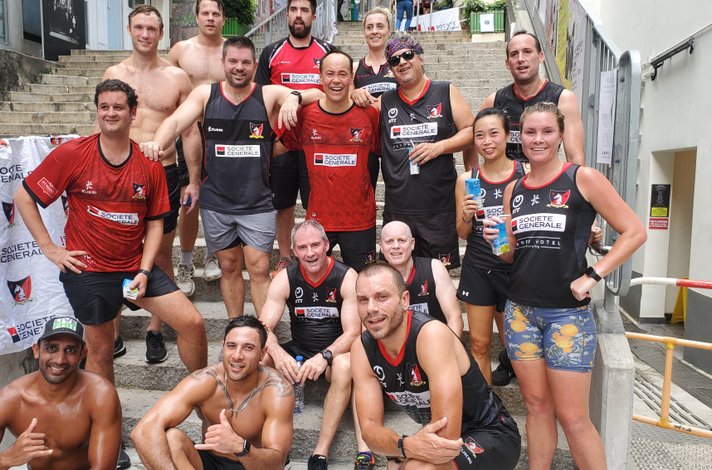 The charity campaign donations page is still open for any late contributions – it’s not too late. If you have not yet been able to contribute but would like to support our two chosen charities, please go to https://www.charitablechoice.org.hk/en/campaigns/vrfc

There were so many amazing performances to list but please find the official tallies below. Do remember that teams ranged in size from 3 to 15 and consisted of semi-professional athletes, semi-retired weekend warriors, grandmothers in denim jeans, random members of the public, a fella in jandals (flip flops) and a man in his Vans, an expectant mother, a mother carrying a 8kg baby in a front pack, children aged 5, a treasurer aged 60+, a unicorn and many more.

Over and over, I questioned myself on the ascent in the final hour, “how the hell can one piece of Lego slow me down so much?” 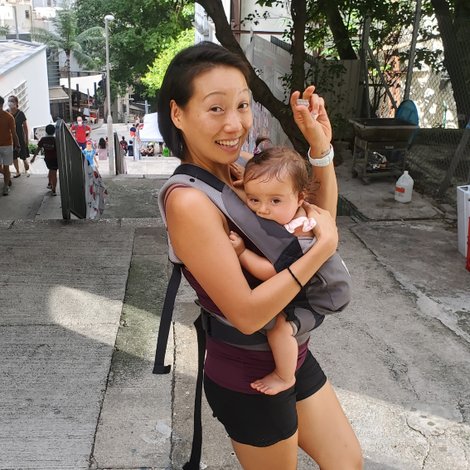 On behalf of the club, I would like to express sincere gratitude to the following individuals and groups; 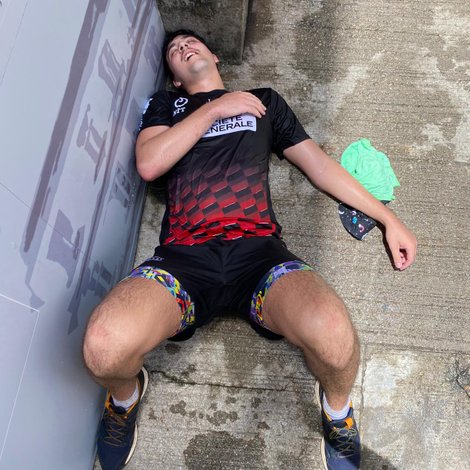 The struggle was real